A hall of fame inductee of the Chicago City Basketball Public League. In 1991, attended and captained the South Suburban College basketball team in South Holland, Illinois. Played forward and captained UMaine’s 1991-92 and 1992-93 Men’s basketball teams. From 2008 to present, Coach Marseille founded the Black Bear North Basketball Club that features spring and fall team programs that have averaged approximately 340 participants from around the state of Maine in each of the past two years, along with other players who take part in the organization’s summer camps and individual and group basketball clinics. His teams have won 11 state titles and various championships throughout the East Coast. From (2010- 2013) Marseille coached along side Coach Gaither with Lee Academy postgraduate basketball program. Between Lee Academy & Black Bear North, over 40 players have been placed in various college programs all over the country. (2019-2021) Associate Head Coach atThomas College in Waterville.Previously: Coach Marseille graduated with an Associated in General Studies at South Suburban College (1991), South Holland, Illinois and received a B.S. in Health, Physical Education at the University of Maine (1994) Orono, ME.A Native of Chicago, Illinois, Marseille attended Mather High School. He and his wife, Lori, reside in Hermon with their three sons, Fritz, Isaiah and Keenan. 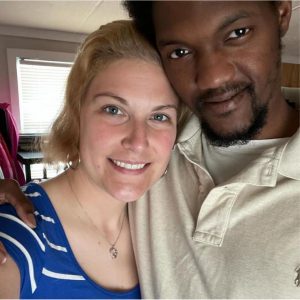 After to Graduating from the University of Maine (2012), Coach Trey became a assistant coach for his Alma mater, Lee Academy, for two years. In that span the team record was 42-8 coaching many division 1,2 and 3 players. Coach Trey played High school basketball for Springfield Central High School for in Massachusetts. He transferred to Lee Academy to play on their Prep team for two years in Northern Maine. After graduating from Lee Academy (2007) Coach Trey played Division 1 Basketball for the University of Massachusetts for a year and a half before transferring to the University of Maine where he graduated with a bachelor degree in Child Development and Family Relations in 2012. Coach Trey is currently in his 2nd year as the Head Basketball coach for Reeds Brook Middle School. In his first year, Reeds Brook made it to the Championship game as an 8th seed. 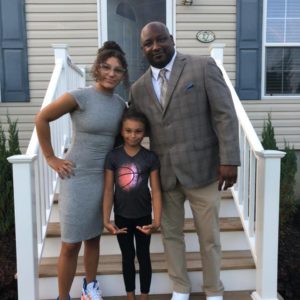 Gaither previously served as an assistant coach at Thomas under previous head coach Joe Scheuers during the 2018-19 season, helping lead the Terriers to a 12-12 regular season record and 9-5 conference mark, earning the No. 4 seed in the North Atlantic Conference Tournament. Thomas defeated MMA in the quarterfinal round, then upset top-seeded UMaine-Farmington in the semifinal before falling to Husson in the NAC Championship.
Prior to coming to Thomas, Gaither spent a year at the University of Maine, where he was an assistant coach for the men’s basketball team for the 2013-14 season. He previously coached for three seasons at Lee Academy for the post graduate program (2010-2013) including two years as head coach where he compiled a 52-17 record and placed over twenty players in various college programs all over the country.
Before moving back to the Northeast, Gaither was an assistant coach with the Oita Heat Devils of the Basketball Japan League during the 2009-10 season, serving under former Indiana Pacer Brian Rowsom. From 2005-2008 he was an assistant coach for Maine Hall of Fame Head Coach Max Good at Bryant College. In his three years at Bryant he helped coach the Bulldogs to the NCAA Division II Tournament each year and assisted with the transition to Division I.   Other stops for Coach Gaither include the ABA’s Carolina Thunder and OPBA’s Guelph Gladiators, where he again coached under ABA Coach of the Year Brian Rowsom.  They led the Gladiators to an undefeated season en route to the OPBA Championship. Gaither also coached at Barat College, Ashford University and Marycrest International University in the early years of his coaching career. He has been a coach and club advisor for Black Bear North AAU since 2010 and has coached at numerous camps across the country over his career. 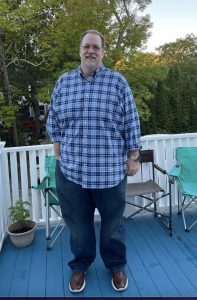 Coach Jason is in his 28th year of coaching Basketball. His first “real” coaching job came his Jr. year in High School after a knee injury from football kept him off the hardwood for his St. Pius X High school team in Atlanta, Georgia.  A believer that a coaches job is to help young athletes become the best version of themselves, Coach Jason loves fundamentals and teaches his athletes the mantra “Hard work beats talent when talent doesn’t work hard!”  Coach Jason currently coaches a Black Bear girls high school team and has developed them in to quite a competitive group.  This Spring he will be adding a Middle School girls team.
Black Bear Mid-Coast is run out of our Mid-Coast headquarters called “The Bears Den” located in Northport, Maine.  We currently have 2 Boys HS teams, BBN Kingsbury 2019 ZG Northern New England Champions and BBN Wadworth.  We also have one girls High School Team, BBN Skarka 2019 ZG Northern New England Champions and 2019 ZG Maine State Runners Up as well as multiple Middle School teams.
Coach Jason is the 7th grade girls Coach at Oceanside Middle School in Thomaston, Maine.  A true “student of the game” Coach Jason enjoys studying basketball when not coaching it!  DREAM BIG! 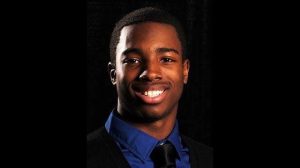 Coach is Aaron Pinckney is from Philadelphia, PA, and a Graduate of Cardinal Dougherty Catholic High School.  During the summers Coach Aaron played for Rasheed Wallace/Hunting Park Warriors; playing in countless tournaments. After High School he attended Maine Central Prep as a post graduate under Coach Karl Henrikson in 2001-2002. After prep, Aaron went on play at Division 1 Blinn Junior College in Texas. In the best junior college division in America. Started out as the 6th man playing 25 minutes a game. Then eventually starting playing 35 minutes a game. Leading the team in field goal percentage at 56% and in blocks.  Coach Pinckney graduated from East Stroudsburg University a Division 2 college out Pennsylvania State Athletic Conference.  Coach Aaron lead the team in field goal percentage his senior year at 57% and also played Pro-am’s. While playing Pinckney started training kids at the age 20, tutoring and guiding players through high school and college.  Pinckney currently coaches for Ellsworth High School as the freshmen coach and assisting the junior varsity and varsity teams. During the Spring, Summer and Fall months Pinckney assists coaching the the Black Bear North program and training players of all levels during his spare time.

Coach Leonardi loves to work hard! His work ethic carries over in to the weight room as well!!! A former Thomas College Basketball and Lacrosse player, Coach Leonardi knows what exercises lead to the best results for next level athletes! Jarrod is also the former Boys Junior Varsity Coach at Waterville High School, and will be a great addition to our Coaching staff. Coach Leonardi is a Police officer in the town of  Thomaston. He has a Fiance and a new born son. Dream Big!